In looking at the insanity going on around us, much can be explained by the spoiled nature of our society. Viktor Frankl, author of Man's Search for Meaning described in 1979 how that generation (mine in fact) were generally not challenged in life as earlier generations were (unlike his generation including himself who went through the holocaust and those who came out were stronger for it in many ways) and had everything handed to them resulting in a society of spoiled little brats. Now we are reaping what we sowed. It manifests itself most egregiously with a bunch of middle class kids who have no skills to survive in life (they think food comes from the grocery store!) and will starve if left to their own devices. Their entire reality is defined by the devices they hold in their hands. Then there are generations of black citizens whose grandparents once fought and died to achieve their rights but now sit back waiting for so called white supremacists to give them what they think they are entitled to. And then you have upper class virtue signalers who give to causes like black lives matters and antifa only to perpetuate class divisions so they can sip fine wine while the country burns outside of their gated communities. 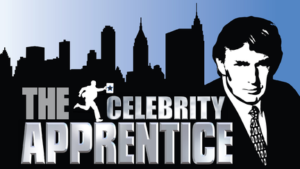 Everything you need to know about “fake news” happened on July 19, 2017. That was the day the media stopped in its tracks and turned like well-coiffed, bronzer-addicted lemmings to collectively hurtle themselves into the abyss of infotainment. It was a truly telling moment because they actually had to hit the pause button on the morphine drip of TrumpTV to carry the live feed of O.J. Simpson’s piddling parole hearing in a Nevada conference room.

Amazingly — or, perhaps, predictably — this utterly inconsequential event was carried by CBS, NBC, ABC, CNN, MSNBC, FOX News and ESPN. That’s right, this scandalous ghost of obsessions past received the same treatment as a spectacular terrorist attack or a deadly hurricane or a political assassination.

Don’t Participate in the Power Ritual By giving its subjects access to the mechanism of “legal plunder” and coercion, the democratic State stimulates and gives free reign to their cupidity and cowardice toward each other. They huddle into “herds” (factions, interest groups, political parties, etc) in order to gain the strength in numbers and unity of purpose necessary to plunder and persecute by proxy, and to defend against like treatment at the hands of enemy herds.

Do We Live in a Police State?

We have created a monster, a Deep State with such unchecked power, armed with such Orwellian technology, that it represents a clear and present danger to our constitutional republic. This threat is underscored not only by the latest WikiLeaks revelations, but also by the intelligence community’s intervention in our domestic politics, which has been documented in the headlines of the nation’s newspapers for the past few months.